Articles in this folder

On April 21, 2020, Microsoft issued release KB4550945, which included an update to photo viewer in Windows 10.  This feature has created an issue for a limited number of users who are orienting their photos in Windows 10 before loading them into the FileTrac system.

FileTrac has opened a ticket with Microsoft regarding this update and have been told that Microsoft will review this matter for a later update.  After much research, the same issue is occurring for all platforms who utilize the orientation in Windows 10 when loading images.

Until this matter can be corrected by Microsoft, the following recommendations eliminate the reported errors.

When you take pictures with your iPhone, iPad, Android, or digital cameras, there is an invisible tag called "Orientation" that is stored in the JPG files.  This Orientation flag describes how many degrees the camera was rotated when the picture was taken. There are 4 possible values for the Orientation flag:

Example 1: The below picture was uploaded in Windows 7. 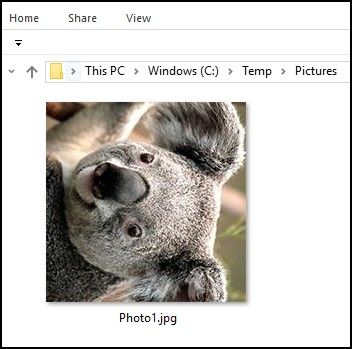 When editing or resizing this image in Windows, we would know to rotate it 90 degrees counterclockwise, so that when it's uploaded to a website, it would be displayed correctly.  With Windows 10, Microsoft has some built-in intelligence whereas photos auto-rotate (on the fly) to the "Normal" view in File Explorer (see Example 2 below).

Example 2: This picture is the same picture from Example 1; however, this time, it was uploaded in Windows 10.  Windows 10 has auto-rotated this picture for viewing purposes to make it appear "Normal". 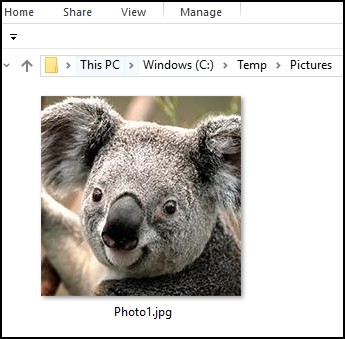 We would happily upload this photo to Facebook or Ebay, only to find out that it was rotated sideways on the website (see screenshot below).  This is because the foreign website displays the photo in its original orientation. 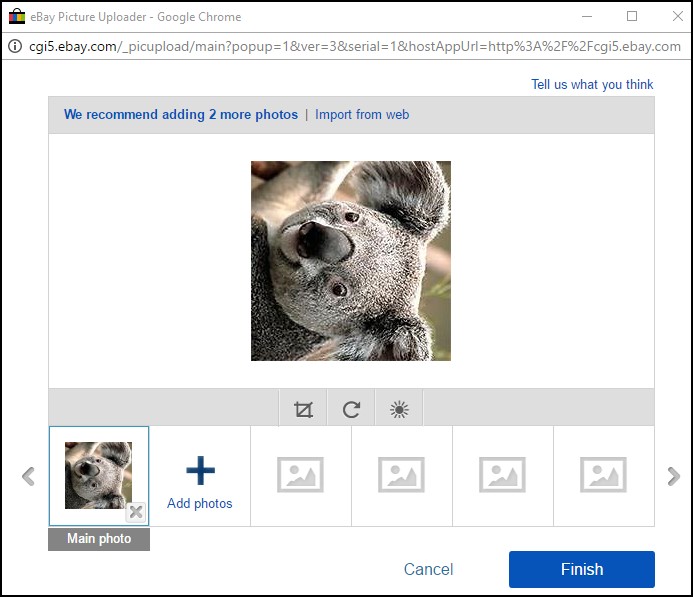 When the photo is handed over to a foreign server (be it a website, email server, etc.), Windows maintains the original state of the photo but does not update the orientation flag to reflect the correct orientation.  Since most foreign servers observe this Orientation flag after the release of the original Windows 10, the photo is displayed in its original state (rotated sideways).  The photo would look "Normal" when viewed in File Explorer because the operating system creates this "illusion" (by rotating the photo 90 degrees counterclockwise).  In reality, the photo is just sitting there sideways!

For a work-around to this Windows 10 auto-rotate issue, please see the instructions below.  Simply stated, you will need to identify which photos were rotated by looking at the Orientation flag in File Explorer.

1.     Open File Explorer and browse to the folder where the JPG files are located. 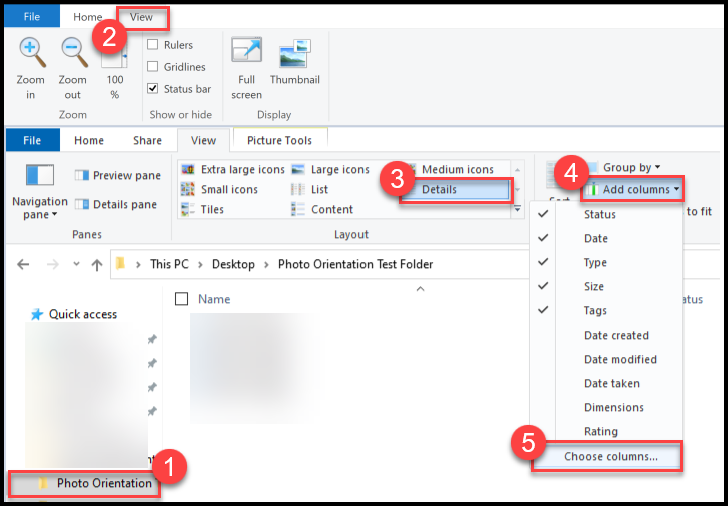 6.     Scroll down to Orientation and check the checkbox next to it 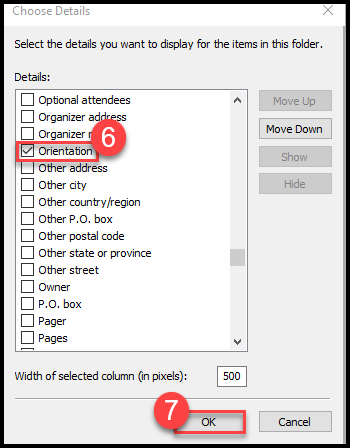 8.     Scroll to the right to view the "Orientation" column.

When photos are loaded or edited, the Orientation will show you how Windows 10 is orienting the photo.  You can then rotate the images until "Normal" is listed (see below).  You can use the Shift key to select more than one photo (i.e.- select all photos for 'Rotate 270 degrees' to rotate those files at the same time).

Once the photos are in "Normal" orientation, they can then be uploaded into FileTrac via 'Upload Media Files'.  For photos that need to be rotated vertically (or horizontally), you may do so by using the green arrow buttons located under each photo preview. 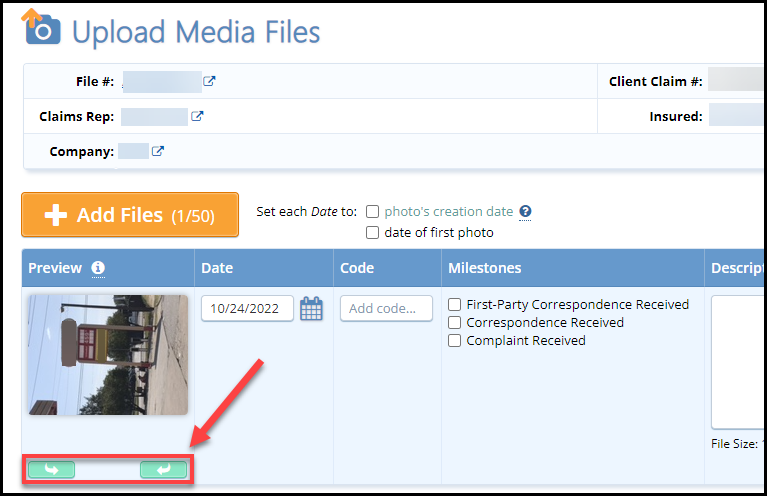